The best amusement parks in Germany are a must for everyone.

Over the past 10 years, there has been a steady increase in visitors to amusement parks in Germany. In 2017 there were 38.8 million registered visitors, 1.2 million more than in 2016.

We will tell you about the ten best German amusement parks scattered across the country from the Alps to the Baltic Sea. 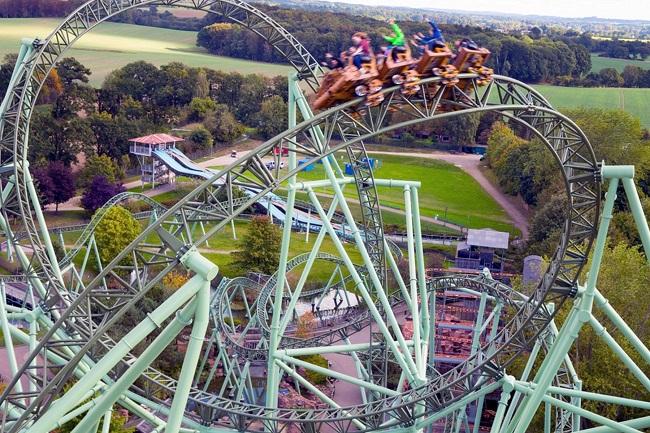 Hansa-Park in Sirksdorf near Lübeck is one of the largest amusement parks in Germany. And thanks to its location right on the seashore it is one of the most beautiful ones.

From the numerous attractions you can enjoy a beautiful view of the sea.

Hansa-Park attractions are located in 12 zones of different themes. 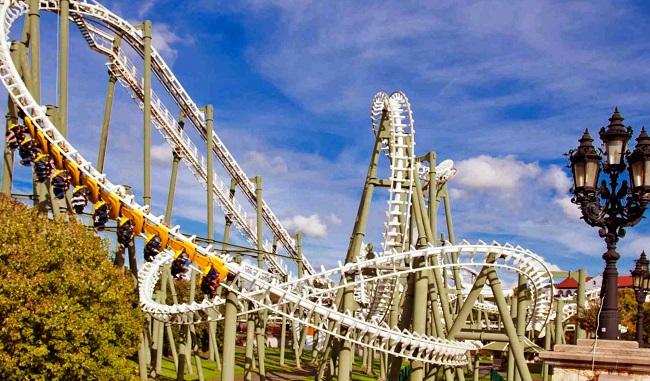 For 40 years Heide Park has been attracting tourists of all ages.

Customers can spend the night in a hotel inside the park or camping. 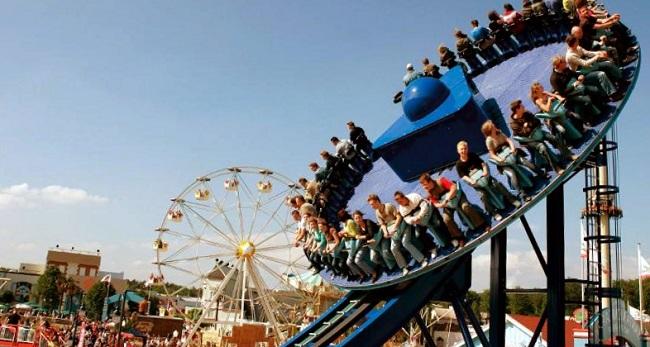 Movie park rides and amusements allow guests to immerse themselves in the world of movies and TV series.

The most popular attraction has a new look. The water rafting “Mysterious River” is stylized as the cartoon Magic Sword and is called “Excalibur – Secrets of the Dark Forest”. At the command of the wizard Merlin the passengers will go in search of the legendary sword.

4. Fort Fun: The Wild West in the Sauerland Mountains

“Fort Fun Adventureland” is an amusement park stylized in a Western atmosphere. Located in a picturesque corner of the Sauerland region among the wooded hills.

Those who want to stay longer rent Canadian log cabins for the night.

5. Phantasialand: the Mayan ruins in Brule 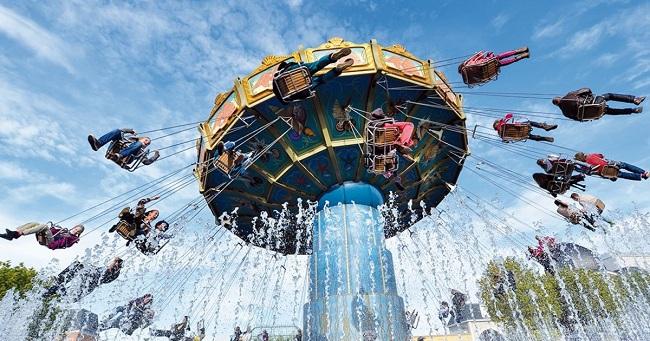 Phantasialand is the “Best Amusement Park in Germany 2017” according to Parkscout-Publikumsaward and the winner in the “Best Value for Money” category according to Focus Money magazine.

Fantasieland was also chosen by respondents to a survey conducted by the German National Tourist Board as one of the most popular attractions in Germany (Top 10) – more famous than Cologne Cathedral!

The park, founded in 1967, is located in Bruhl near Cologne.

Visitors are treated to six exciting worlds, and Mexico, Africa, China and Germany are only a few steps away from each other.

If you wish, you can stay in one of two hotels. 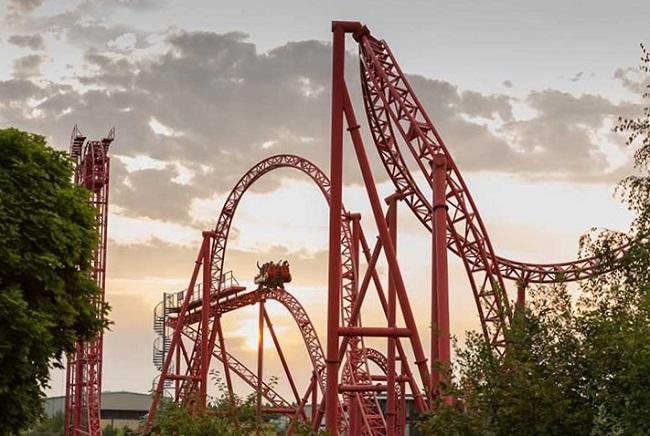 “Play, move, discover” is the motto of Playmobil FunPark, based in Zirndorf. 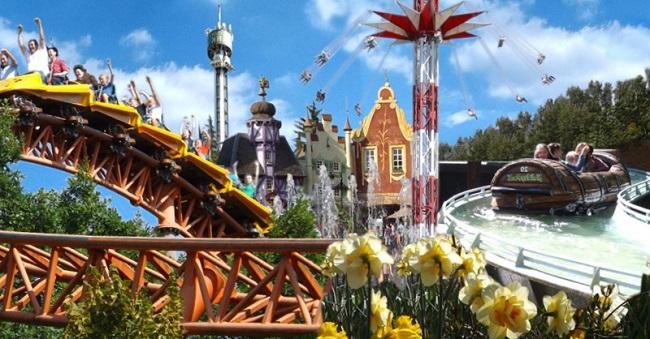 Holiday Park is located in the Rhineland-Palatinate district of Hasloh, near the town of Speyer. 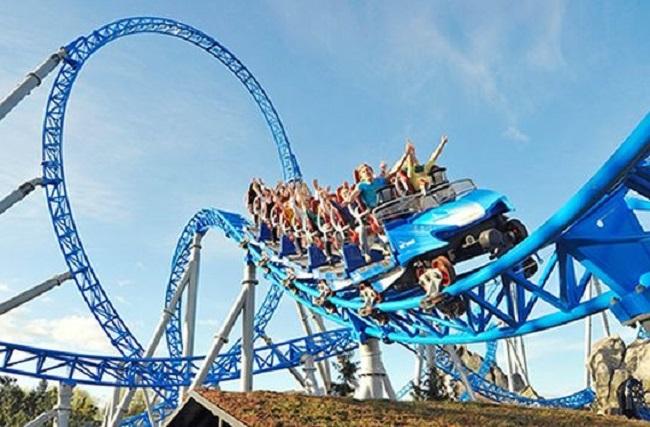 Rating leader Europa-Park is located on the border of three states – Germany, France and Switzerland. A hundred rides and shows, five hotels and 5.6 million visitors a year – killer statistics.

The 95-hectare area offers visitors a fascinating journey through 15 themed zones and thrills on 13 impressive slides.

Very soon the park will get bigger. At the end of 2019, the new Rulantica pavilion, a water world with 25 rides, will open.

In 2017 Europa-Park became the most visited amusement park in Germany. The amount eaten was also record-breaking – for example, the amount of ketchup consumed corresponds to the weight of an Airbus A320.

The Legoland entertainment park in the Bavarian town of Günzburg opened a virtual race. In the attraction “The Big Lego Races”, racers from 6 years of age compete with a Lego wizard, a Pirate leader and a surfer girl. The track is made entirely of virtual Lego parts, and the virtual locations perfectly match the real steep turns and descents. Fans of classic slides can also take a ride without VR glasses.

The park offers more than 55 attractions for families with children ages 2 to 12 — from a pirate sea battle to an electric car ride in a driving school — in nine worlds. The highlight is Miniland – miniatures of real cities and landscapes created from Lego.

New for the season is a five-meter Star Destroyer from the movie Star Wars, assembled from 350,000 pieces.

The new hotel “Pirate Island” gives its guests a large playground in the center of the building and 142 rooms with beds in the form of pirate ships. It cost 26.6 million euros to build. The Legoland Park’s holiday village accommodates 2,644 residents. 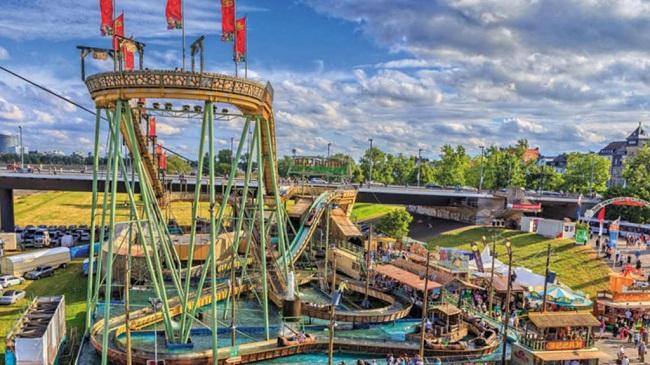 The observation wheel offers beautiful views of the park area with sights and the lake. 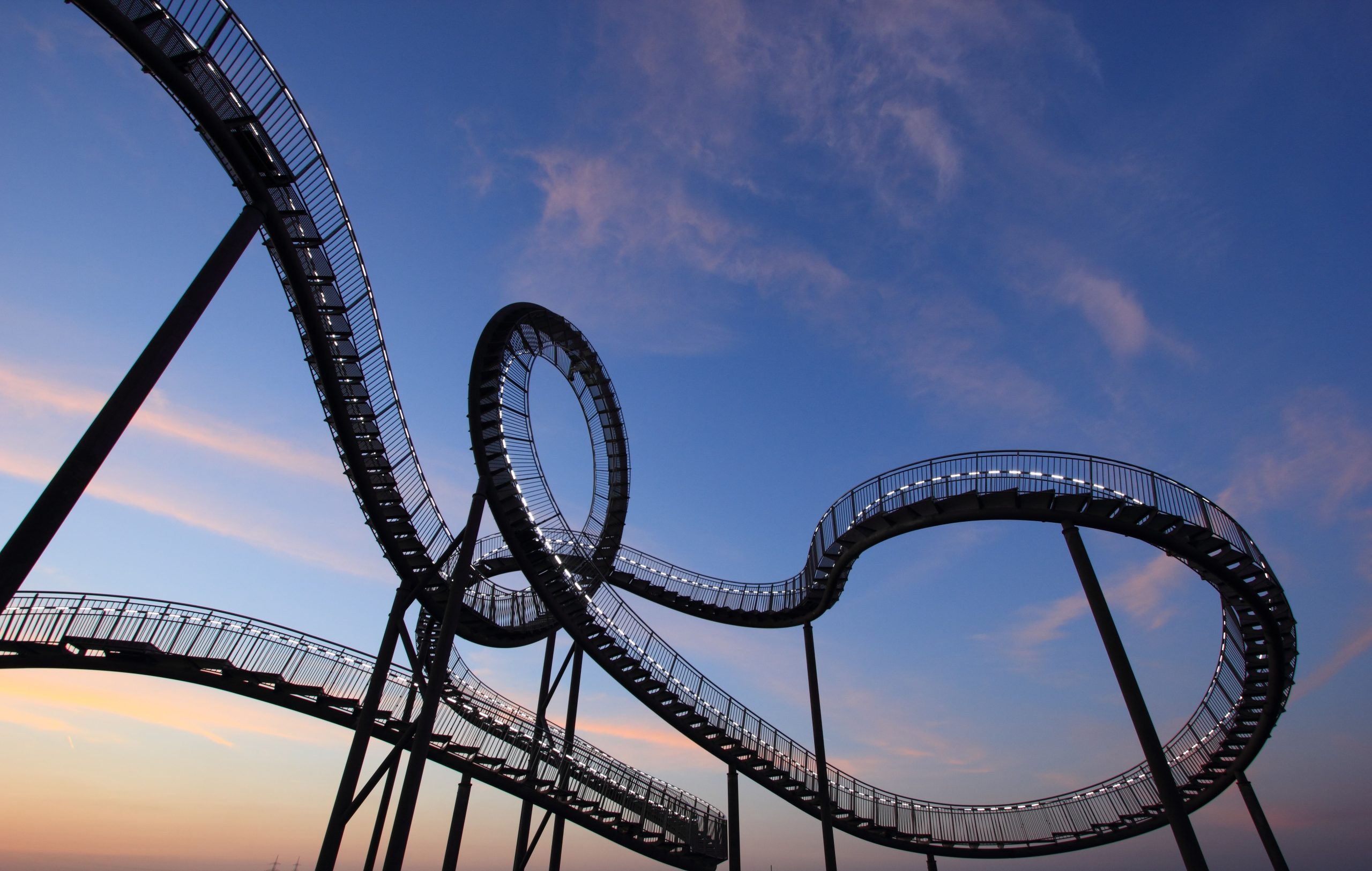 Do you want to have an unforgettable experience as a family or experience real excitement with friends? Then treat yourself to a weekend trip or a short vacation in one of the best amusement parks in Germany. Hamburg, Cologne, Munich, Berlin, Frankfurt, Stuttgart and other major theme parks are all within easy reach. We will help you with our list of the best amusement parks in Germany!

With more than 100 rides, 15 European theme zones and 13 roller coasters on 95 hectares, this amusement park is the undisputed #1 in Germany and some say in the world, as the place boasts 5.6 million visitors per year. Thanks to a special app, every visitor is able to keep track of the waiting times on the rides and can save valuable time. Thus, this amusement park not only provides unforgettable emotions, but also takes care of the comfort of the visitors.

With 35 attractions in five theme parks on an area of 28 hectares, the Phantasialand near Cologne is number 2 in our rating of the best theme parks in Germany with almost 2 million visitors a year. The park has two large hotels with African and Asian style restaurants. The rides, roller coasters and shows in this popular theme park have even won several awards. Various rides, roller coasters, upside down slides with loops, the world’s fastest multi-drop slides and a bungee-drop track with free-fall provide a unique thrill. However, the park also has enough rides for the youngest visitors. Want to take your mind off the strenuous city tour? Have a look at this fabulous theme park!

This 140 hectare park has received several tripadvisor awards and is especially suitable for families with children between 2 and 12 years old. This amusement park is a paradise for those who are keen on building Lego constructors. The park makes its guests’ stay as comfortable as possible; visitors have access to a special app that allows them to plan their itinerary, time and more. You can stay overnight in the Legoland Holiday Village or the new Pirate Island Hotel, in knight’s castles or in a campsite. More than 63 attractions ensure that your children can feel really big and children’s dreams come true. Legoland allows you to have a wonderful family trip into the Lego world!

Germany’s second largest amusement park with 850,000 square meters, 40 rides and other attractions is one of the most popular parks. Germany’s only “Winged Slides” and Germany’s first “Diving Slides” await the already hardened roller coaster fans. The bobsled run, the freefall tower, the wooden roller coaster and the mountain rafting offer unforgettable thrills, along with other rides and shows. The park also has a Peppa Piggy Land for the youngest visitors. Ghostbusters fans are sure to love the park especially because of the 5D themed attraction and the special rooms in the park’s hotel.

Holidays on the Baltic Sea? Please! Germany’s only amusement park by the sea offers a very special view of the Baltic Sea beach and more than 125 attractions on 460,000 square meters of floor space in 12 themed areas. Whether it is a hyper-coaster, family roller coaster, catapult, rope town, water ride, looping roller coaster, spinning raft, boat rides or oases of tranquility – you will find everything you need for a perfect short vacation here. Each year, 1.4 million visitors come to this park. There are restaurants, cafes and snack bars, so you won’t go hungry in between the live shows and 37 rides. There is something for everyone!

Covering an area of more than 45 hectares, the 1.3 million annual visitors find 40 attractions based on horror films (roller coaster, water slide, house of horrors) and corresponding shows in five thematic areas. Relatively new is the Catapult roller coaster, the only roller coaster in the world licensed for Star Trek. The twisting half-pipe and three accelerations provide the ultimate adrenaline rush. In the fall, as well as at Europa-Park and Heide Park, a special and very scary Halloween Horror Event awaits you.

READ
Paradise in the desert. Places to visit in Riyadh

This award-winning adventure park with an adjacent nature reserve was founded in 1929. That makes it the oldest and the very first amusement park in Germany. What makes the park special is that you not only get to ride the roller coaster and walk the suspension bridges, but you also get to see over 40 species of wildlife. You will have the unique opportunity to watch falcons feeding and spend the night in a tree house or in a shepherd’s wagon.

With an area of 27 hectares this amusement park is the largest in eastern Germany. Over 60 attractions in 8 themed areas. Magic Kingdom, Knights’ castles, Indians, pirates, pharaohs and shows you will never get bored! Boating, a family roller coaster, desert rally, flying simulator, cable car, playground, pirate ship, interactive shows and free Wi-Fi – everything is carefully thought out and attracts over 600,000 people a year.

A small fairytale forest turned into an adventure park on 40 hectares with 630,000 visitors a year. A free fall tower, roller coaster, balloon pool, adventure forest, playground, merry-go-round, beach relaxation area, water attractions and boats, a castle and a special area with a theme of Maya the Bee and her friends, as well as trick shows and fireworks will make eyes sparkle for children and adults. A helpful app will guide you through the park and provide important information. On Halloween, the park hosts horror themed shows for all ages.

The largest amusement park in Bavaria came up with 7 new rides in 2017 alone. From the most powerful motorcycle and roller coaster to children’s merry-go-rounds, there are more than 60 rides and grandiose shows that make visitors’ hearts beat faster, but there are also rides that will challenge even the most daring. The park has won several awards for best value for money, the Skyline Park by Night event and excellent gastronomy. The park was also awarded a prize in the “Top for Kids” category. This park is definitely worth a visit for the whole family.

We are sure that any amusement park from our top 10 will give you tons of fun and absolutely unforgettable emotions!