Rome is one of the most beautiful cities on the planet, which is called the Eternal City, it combines centuries of history, culture and modernity.

It is very difficult to select only 10 places that should be seen in Rome, but you always need to start somewhere, and for those who visit Rome for the first time, our ten will be a good guide-help.

Roman Forum is the center of social life in ancient Rome, where the most important buildings are concentrated, which have become picturesque ruins. Palatinus is the oldest of the seven Roman hills. When space at the Roman Forum became scarce, the city’s buildings began to be built on the nearby Palatine. A single ticket gives you the opportunity to visit the Roman Forum and Palatine. Tip: Come to the very opening before the crowds of tourists ruin the charm of the ancient ruins. The Roman Forum is also beautiful in the sunset light. Palatine Roman Forum

Piazza Venezia is one of the most important crossroads in Rome. Here begins via del Corso, which ends in Piazza del Popolo, the commercial artery of the city. Despite the traffic, Piazza Venezia is gorgeous, thanks in no small part to the imposing Vittoriano Monument, a huge altar and colonnade erected in honor of King Victor Emmanuel II. And even though Romans call it a “typewriter”, tourists never stop admiring Vittoriano. Venice Square celebrates the day of the Republic on June 2, and on New Year’s Eve there are concerts. At this point, shopaholics took the Via Corso and went looking into the stores, all the way to the “golden triangle”, where the stores of the most prestigious brands are assembled. About Venice Square and not only

READ
10 Things to Do in Oxford, UK

Pantheon is the temple of all saints, a Christian structure dedicated to the pagan gods. The Pantheon was built in II BC as a pagan temple, in the VII century it became a Christian basilica. Admission is free, and it’s worth the hustle and bustle to admire the perfect geometry and one of the largest domes in the world with an interesting opening that gives a striking light effect. In addition, the Pantheon contains the tombs of famous people, including the painter Raphael and King Victor Emmanuel. From Piazza Navona to the Pantheon

The Trevi Fountain disputes with the Colosseum for the title of Rome’s most famous landmark. The imposing fountain occupies the entire small square, leaning carelessly against the Palazzo Poli. It is one of the prime examples of Roman Baroque, where the romantic scene in Federico Fellini’s “Sweet Life” unfolded. By the way, do not try to repeat the night bathing sexy blonde from the movie, at night the fountain is turned off, the water stops to the delight of local residents and the pool empties to be filled again in the morning. Trevi Fountain – Spanish Steps

Piazza Navona is one of the largest and most beautiful squares in Rome. The flat oval follows the shape of the ancient stadium of Domitian, which was here in the first century AD. There are fountains on both sides and in the center, two of which are the work of Lorenzo Bernini. The splendid church of Sant’Agnese, designed by Francesco Borromini, Bernini’s creative rival, attracts attention. On Christmas days until January 6, there’s a bustling fair in Piazza Navona selling souvenirs, rolling cotton candy and baking delicious scones. From Piazza Navona to the Pantheon

Geographically we are no longer in Rome or even in Italy, but in the Vatican, an independent state. True, no signs or borders are visible, except for the thin line of travertine that separates the two countries. Here in Piazza San Pietro is the eponymous basilica, one of the largest and most imposing religious buildings in the world. Admission is free, but there is often a line, also don’t forget that this is an active church, so shorts, miniskirts and exposed shoulders are forbidden. Inside St. Peter’s cathedral there are numerous works of art, including Michelangelo’s Pieta. The panorama from the dome deserves a special mention. The ascent to the top is paid and depends on the mode of travel: elevator or on foot. St. Peter’s Square and Cathedral

The famous Spanish Steps are crowned by a church, on the steps of which tourists and Romans love to sit. At the foot of the stairs is the “Boat” fountain by Bernini the Father. If the luxury stores don’t get you, find the statue of the Baboon – it’s one of Rome’s “talking” statues and check out the historic Café Greco. Trevi Fountain – Spanish Steps

Thermae had a special place in the daily life of the ancient Romans. Caracalla’s thermae were visited by ordinary people, but the construction itself was not devoid of elegance and beauty.

10. The square of the Knights of Malta.

The history of the Maltese Knights in Rome has ancient roots, but we came to Piazza dei Cavalieri di Malta to peek through the keyhole and see the famous view from the dome of St. Peter’s Cathedral. The well is often referred to as the “Roman hole”. A bonus addition will be a visit to the Orange Garden with a stunning panorama of Rome. Tip: The panorama from the Aventine Hill is especially good at sunset, don’t forget to bring a bottle of Italian wine and enjoy life and Rome! The Aventine

Madonnas of Rome Rome is an amazing city with many treasures, secrets, historical evidence and art treasures hidden in it. Walking through the streets of Rome, you can go from one century to another, ancient ruins, medieval churches, ancient palaces. Lift your head and look around, many palaces are decorated with small niches, in which images of the Madonna are placed. We will talk about them in our article.

10 largest Roman amphitheaters. Amphitheater is an ancient Roman building for entertaining mass events – gladiatorial fights, animal traumas – the Romans knew a lot about entertainment and knew how to build for the ages, striking the imagination of our contemporaries.

Ten unusual places to visit in Rome. If you have already seen the Colosseum and the ruins of the Roman Forum, visited St. Peter’s Cathedral, admired the works of art at the Vatican, wandered the streets of Trastevere and think you have seen everything in Rome, then this article is not for you. But if you are a tireless traveler in search of new experiences and unusual places, then we bring to your attention 10 interesting and unusual places in Rome.

10 things you can’t miss in Rome 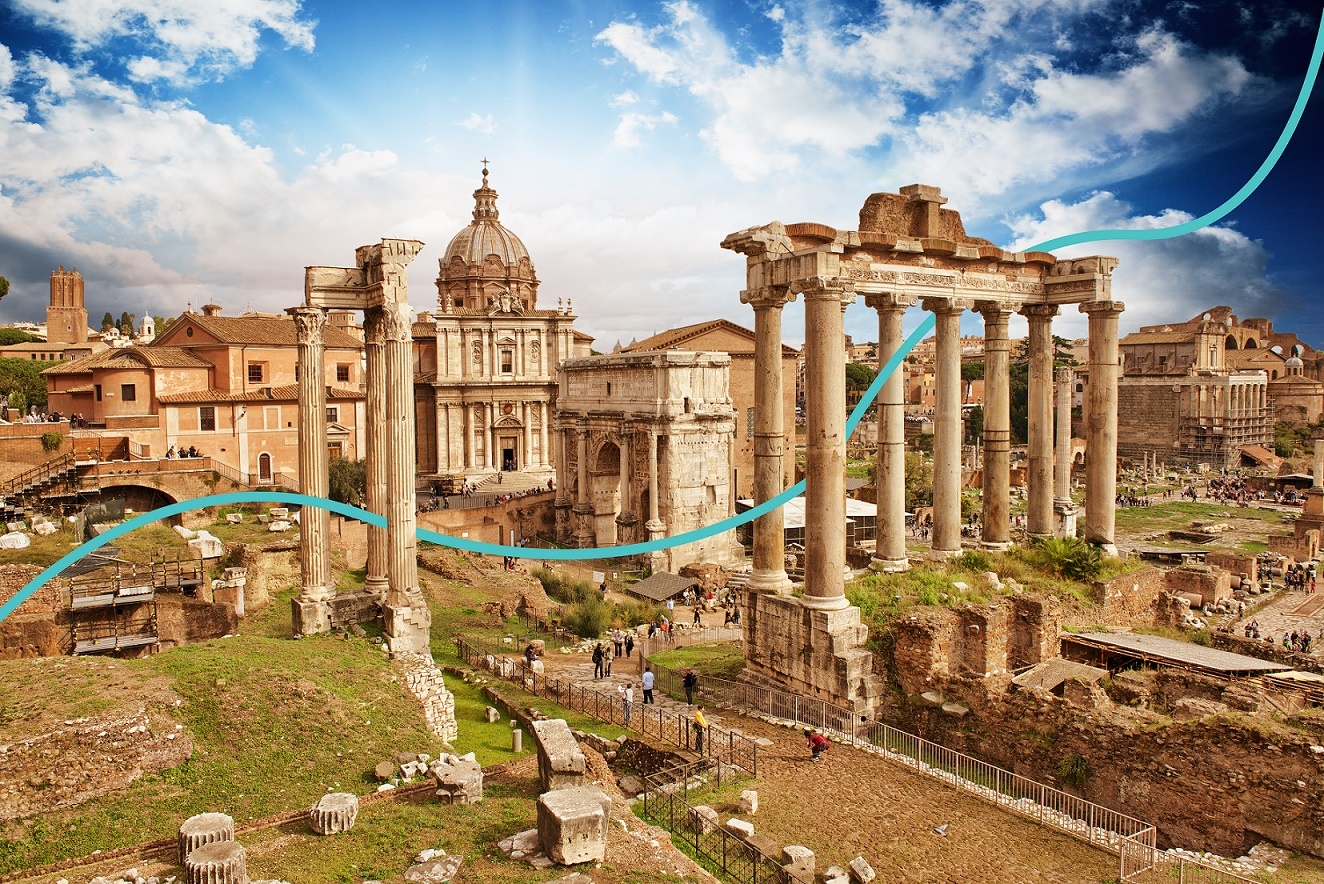 Rome is big, bustling and one of the cradles of Western civilization. This – combined with its religious significance – makes it the epicenter of culture, where millions of people make a special pilgrimage every year.

Whether you’re drawn to history, crave delicious cuisine or are a lover of beautiful art, Rome has it all. We’ve saved you the trouble and compiled a list of 10 iconic things to do in Rome that we wouldn’t want you to tell your friends you missed:

Built nearly 2,000 years ago, the Pantheon (literally) still stands the test of time, proving the architectural ingenuity of ancient Rome and its evolution in concrete technology. In fact, the structure’s massive rotunda is still the largest unreinforced dome made entirely of cement. Admission is free, but for a more informative introduction to this former temple, we highly recommend taking an audio guide.

Perhaps the most recognizable symbol of ancient Rome, the Colosseum is a sight to see and needs no introduction. The largest amphitheater ever built, funded by the spoils of war, has hosted numerous sporting events and gladiatorial fights for half a century. Nowadays, you can visit the ancient arena and immerse yourself in its frightening history, but make sure you get your ticket in advance, as lines can get long during peak periods! No one has time for that.

Not far from the Colosseum you will find the central vestibule of ancient Rome, the Forum. With its elaborate system of buildings and temples, this area was the center of commercial and religious life during the heyday of the Roman Empire, and its remaining buildings are just as impressive. Give yourself a few hours to visit, as it is a bit scattered.

Once the tallest building in Rome, this ancient fortress was designed by Emperor Hadrian as a mausoleum for his family and for himself, but over the years became a papal residence. The museum now houses weapons and perfectly preserved Renaissance frescoes. Make sure you have your cameras ready, because the terrace offers a magnificent view of the city and is the perfect place for photos.

Beautifully located in a former villa that is itself a work of art, this museum features some of Bernini’s most iconic sculptures, such as “The Abduction of Proserpina” and his version of David. In addition, you will encounter many masterpieces by artists such as Titian, Raphael, Caravaggio and Peter Paul Rubens. The gallery is located in a beautiful garden, so it’s a great opportunity to have a picnic and take a break from art.

Every Wednesday and Sunday, the Pope makes a public appearance in St. Peter’s Square. If you manage to win one of the limited tickets, you will have the opportunity of a lifetime (and bragging rights) to tell your friends that you saw the Pope at the Vatican.

Speaking of St. Peter’s Square, be sure to go back and see its basilica in all its glory. Waiting time to enter the church can take over an hour, so it’s highly recommended that you don’t wait in line. Insider’s tip: If you look at the basilica from Via Niccolò Piccolomini, there is a funny optical illusion – the further you go, the larger St. Peter’s Basilica looks!

8. the Vatican and the Sistine Chapel

You can’t visit Rome and not go to the Vatican, that’s heresy. The Vatican Museum, located in the smallest country in the world, is full of masterpieces, including its gem, Michelangelo’s Sistine Chapel. We can guarantee that the Vatican will be full of visitors at any time of year, so make your life easier and buy your tickets in advance so you don’t have to wait in line.

Technically the first museum in the world, this is the perfect place to enrich your knowledge of the city’s history. Some of the most notable pieces in its collection are the famous she-wolf sculpture depicting Rome’s founders Romulus and Remus, Bernini’s Medusa, and the horn-shaped drinking cup fountain. The museum gets its name from the hill it sits on, so you can count on a great view of the Roman Forum while you’re there.

Have you ever wondered how the ancient Romans shopped until they dropped? Well, look no further. Trajan’s Markets was built for Emperor Trajan around 107-110 A.D. and is considered part of the world’s first large mall complex with about 150 stores and administrative offices. This tiered structure boasts an impressive display of the architectural abilities of the ancient Romans and is still just as attractive today.

* Worthy of mention are the Trevi Fountain, the Spanish Steps, and Campo de’ Fiori Square, where you can shop in the market during the day and a lively nightlife at night.

Need help navigating Italy? The Moovit app makes it easy to navigate a new area. Find the best routes between attractions, get real-time schedules, discover all the transportation options in the area, and more. Moovit is your pocket guide to transportation!