You can celebrate New Year’s Eve with your family, but an overseas trip and a glass of champagne in a beautiful city can help to make this holiday truly unforgettable. Tengri Travel in cooperation with Aviata.kz presents a selection of the best cities for celebrating, based on the ratings of CNN Travel, Conde Nast Traveller and Travel Triangle.

In these cities you can see the most spectacular New Year’s fireworks, take part in a torch procession with tens of thousands of people, or celebrate the New Year to the fiery rhythms of samba, or see Santa Claus on a surfboard. It all depends on your personal preferences. 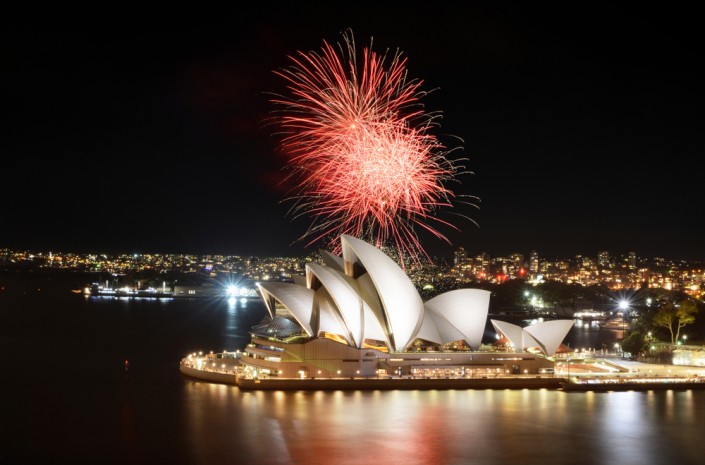 Sydney. Australians are among the first in the world to celebrate New Year. In December in southern hemisphere summer comes, and Santa Claus arrives not in a fur coat and cart pulled by reindeer, but floats out of the ocean in a swimsuit and on a surfboard. Fir trees don’t grow in Australia either, but Australians aren’t too sad about it. They dress up a plant called metrosideros, which they grow in a pot especially for New Year’s Eve. In Sydney, the main celebration takes place near the Opera House and Harbour Bridge. There they have one of the grandest fireworks displays in the world. It lasts for three whole hours with short breaks, during which you can watch a parade of ships with a light show and musical accompaniment. 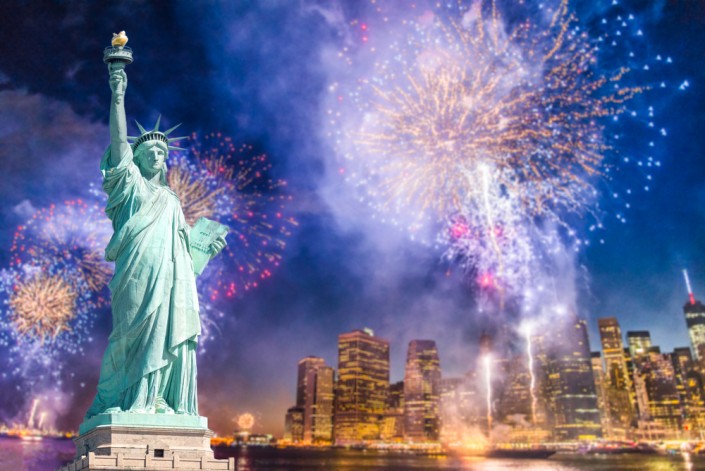 New York City. New York City has a fabulous atmosphere in December. It is considered one of the main Christmas cities in the world. The streets of the city are drenched in lights, Americans compete with each other by decorating their homes for Christmas. And to see the country’s main Christmas tree, which is installed on the Rockefeller Center, come not only from all states, but also from other countries and continents.

Times Square hosts the most important show of the year. More than a million people gather on this square to see the huge ball drop 23 meters at midnight, one second before the New Year. Since 1907, this action has taken place every year. After the balloon is lowered, the Times Square main screens light up the date of the New Year, and billions of colorful confetti fall from the sky with holiday wishes from New Yorkers. 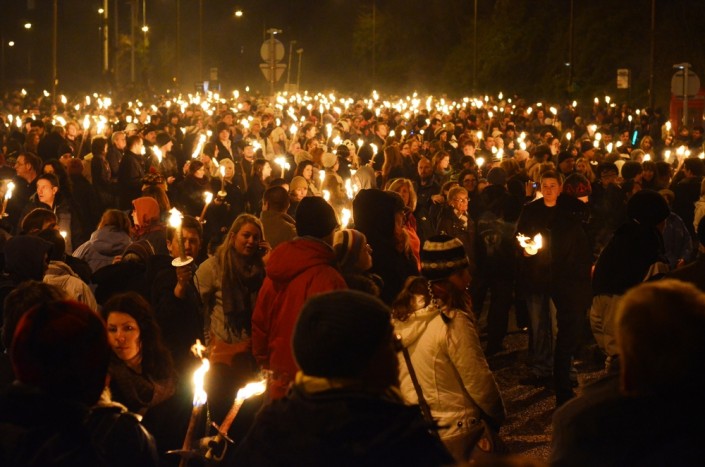 Edinburgh. The Scots are great fun and for three days they party like crazy, showing the world how to celebrate New Year. The main celebrations of Hogmanay, as the Scots call the New Year, take place in Edinburgh. From December 30 to January 1 the city turns into one huge party. Everything begins with an incredibly spectacular procession of torches, when under the sounds of bagpipes and drumming more than 50 thousand people with torches pass through the medieval streets of Edinburgh. Then start numerous concerts, discos, parades, and street performances that take place all over the city in a non-stop regime. On December 31, after the festive fireworks it is customary to sing the traditional Scottish song “Good Old Time” to verses by Robert Burns. 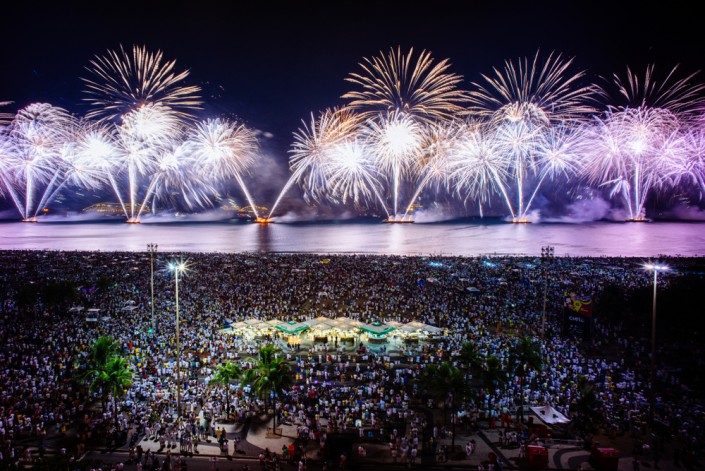 Rio de Janeiro. Do you want to celebrate the New Year in a rousing way? Head to hot Brazil. Rio de Janeiro is the main New Year’s Eve venue in the country. From all over the country people flock to this city, more precisely to the famous Copacabana beach. The Brazilians before the New Year dress in all white and come to the ocean. They bring gifts to the patroness of all sailors and travelers, the goddess of the sea Iemanje. On small boats with candles and flowers people put rice and sweets and send them deep into the ocean – so they try to placate the harsh goddess, that all the next year, who goes to sea, will return safe and sound.

In addition to this ritual action, a colorful carnival takes place on the beach. To the rhythmic drums more than two million people (which is how many people gather on New Year’s Eve at the beach) dance samba and party until morning. The main fireworks display takes place right there. In Brazil, there is a New Year’s tradition of standing up to count out loud the last seconds of the passing year and wishing each other Feliz Ano Novo! – “Happy New Year!” and drinking champagne during the holiday fireworks display. 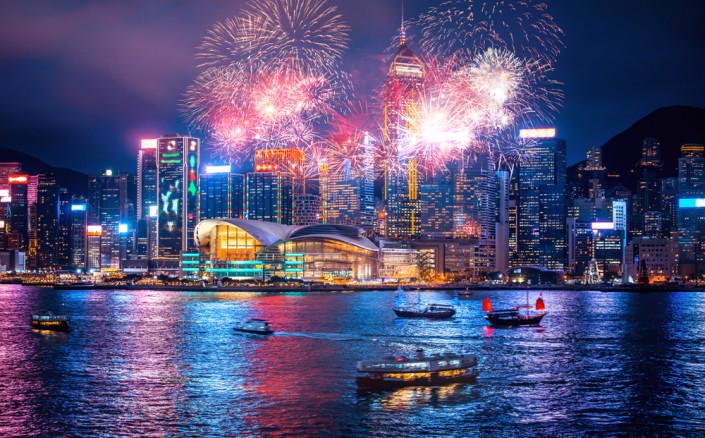 Hong Kong. The Hong Kong New Year holiday season begins with a Catholic Christmas at the end of December and ends in February with the arrival of the Chinese New Year. Of course, European New Year in Hong Kong is marked more modestly than Chinese New Year, but because of the large number of tourists arriving in the city, the local authorities arrange full-scale festivities.

New Year’s preparations begin in November: Christmas trees are put up in squares, snow cannons are placed on the roofs of buildings in central squares, and streets are decorated with festive lights. There are concerts in Times Square on December 31, and exactly at midnight there is a fireworks display and a laser show. The best views of the holiday fireworks are from Victoria Bay, from there launch fireworks, which many consider one of the most beautiful on the planet. 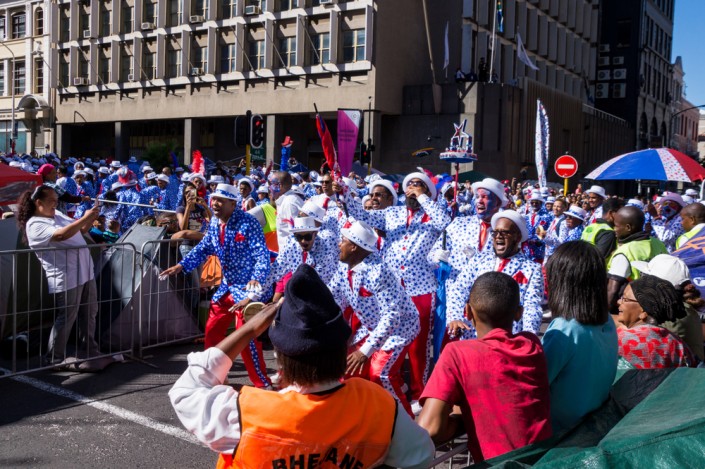 Cape Town. The New Year in South Africa is greeted by gun salvos as well as the ringing of thousands of bells. The locals celebrate the New Year with songs and dances and colorful carnivals. January 1 in Cape Town begins a large-scale annual music festival Minstrel. People dressed in the most incredible, colorful costumes, dancing to African rousing music played by an orchestra, march through the streets of the city. The New Year’s Eve parade moves through the city and is peppered with people from different neighborhoods. In addition to the festivities, visitors are treated to luxurious resorts and delicious wines, as well as fascinating safaris through the country’s majestic national parks. 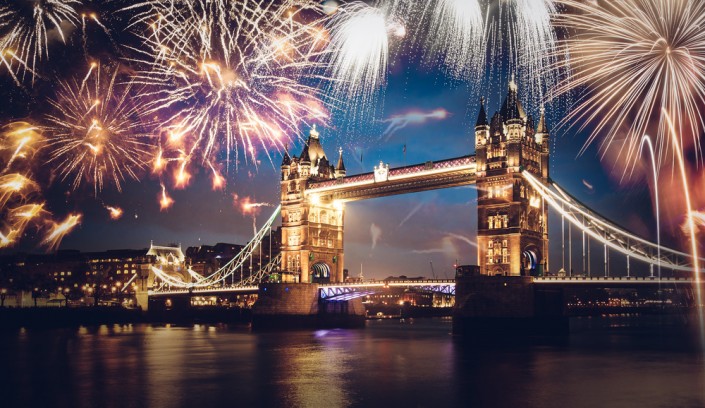 London. Since 1841 the country’s main Christmas tree is erected in Trafalgar Square and the main festivities take place there. Tourists and locals flock there to see the annual London New Year parade, which is considered one of the biggest New Year parades. Over ten thousand people take part, most of whom are musicians, dancers, clowns and acrobats.

At midnight the solemn chime of Big Ben announces the New Year, after which thousands of fireworks begin to explode in the sky over the Thames. You can get great views of the fireworks from Primrose Hill, Parliament Hill, Hampstead Heath, Greenwich Park and Alexandra Palace. You can also take a river cruise on the Thames and watch the spectacle from the water. Traditionally, at midnight the British open the back door of the house so that the old year can leave, and then swing the front door open to let the new year in sooner. 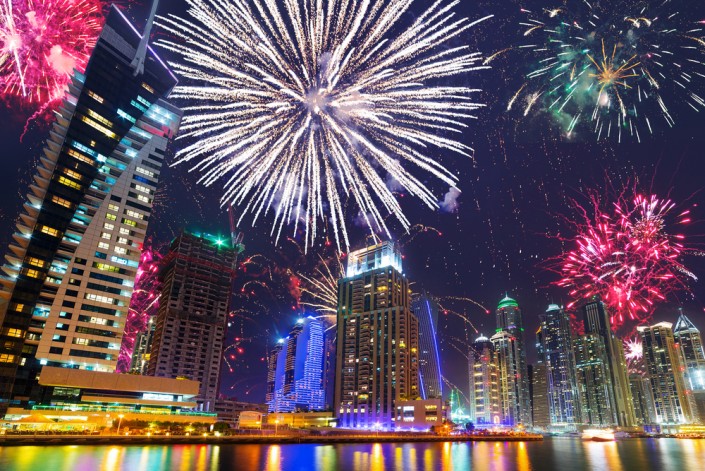 Dubai. If you want to see the most grandiose New Year’s Eve fireworks in the world, go to Dubai. Local New Year’s Eve fireworks have been listed in the Guinness Book of Records as the most spectacular and large-scale three times already. The Burj Khalifa skyscraper becomes the center of New Year celebrations. To see the grand action, it is better to come here in advance, so you have a better chance to get a good seat and avoid traffic jams.

You can also have a festive New Year’s Eve dinner with a view of the New Year’s Eve fireworks on board a yacht with your loved ones, or join a group cruise on the Persian Gulf. The most luxurious parties are held at the famous Burj Al Arab Sail and Atlantis The Palm hotels. In addition, on January 1, Dubai begins the Trade Festival, which continues throughout the month. During this period, the prices of goods are reduced by up to 70 percent.

READ
Iceland: A European country with a distinctive culture 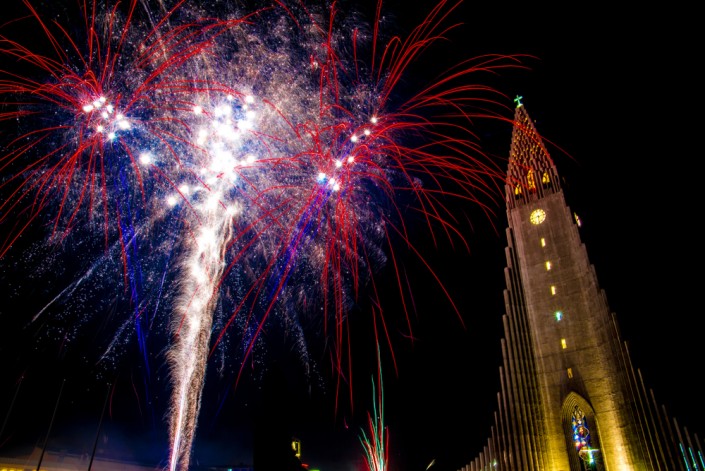 Reykjavik. Iceland often tops the rankings of countries for winter travel. New Year’s Eve is no exception. The inhabitants of this fabulous harsh country celebrate the first holiday of the year with fun and very noisy. The locals believe that the more noise, the more luck will be in the new year. In the main square of Reykjavik, a huge bonfire is lit, around which mass celebrations take place. The best views of the festive fireworks, which are organized by the residents themselves, are from the square of Hallgrímskirkja church, as well as from Skolavörðuholt hill. 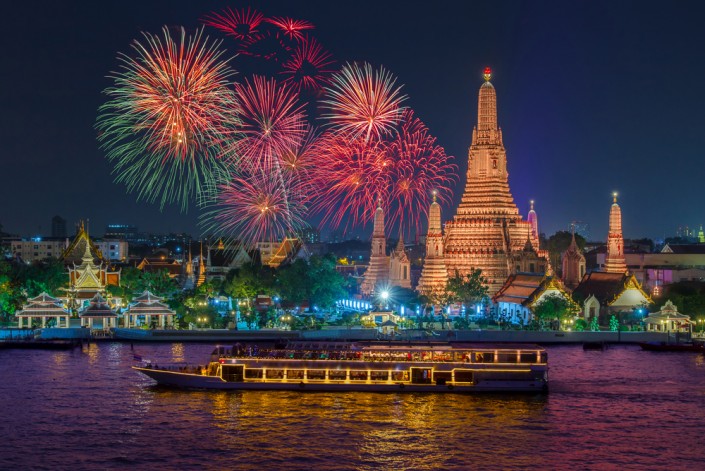 Bangkok. The main festivities are held on the promenade Asiatic and the Central World Plaza. On the waterfront near the Ferris wheel, they build a stage on which local stars perform. At midnight there is a ceremonial countdown of seconds, followed by a festive fireworks display. Central World Plaza in front of Central World and Siam Paragon is one of the best places to watch the colorful fireworks display. Afterwards, tourists and locals celebrate the holiday in clubs, bars, and restaurants in the city.

Aviata.kz – a service allowing you to quickly find, book and buy tickets online in any direction from anywhere in the world without leaving your home or office.

We also remind you that now when you buy air tickets via the Aviata application you get bonuses (1 percent of each ticket) which you can use to pay for up to 90 percent of your future tickets. Travel with Aviata.kz!